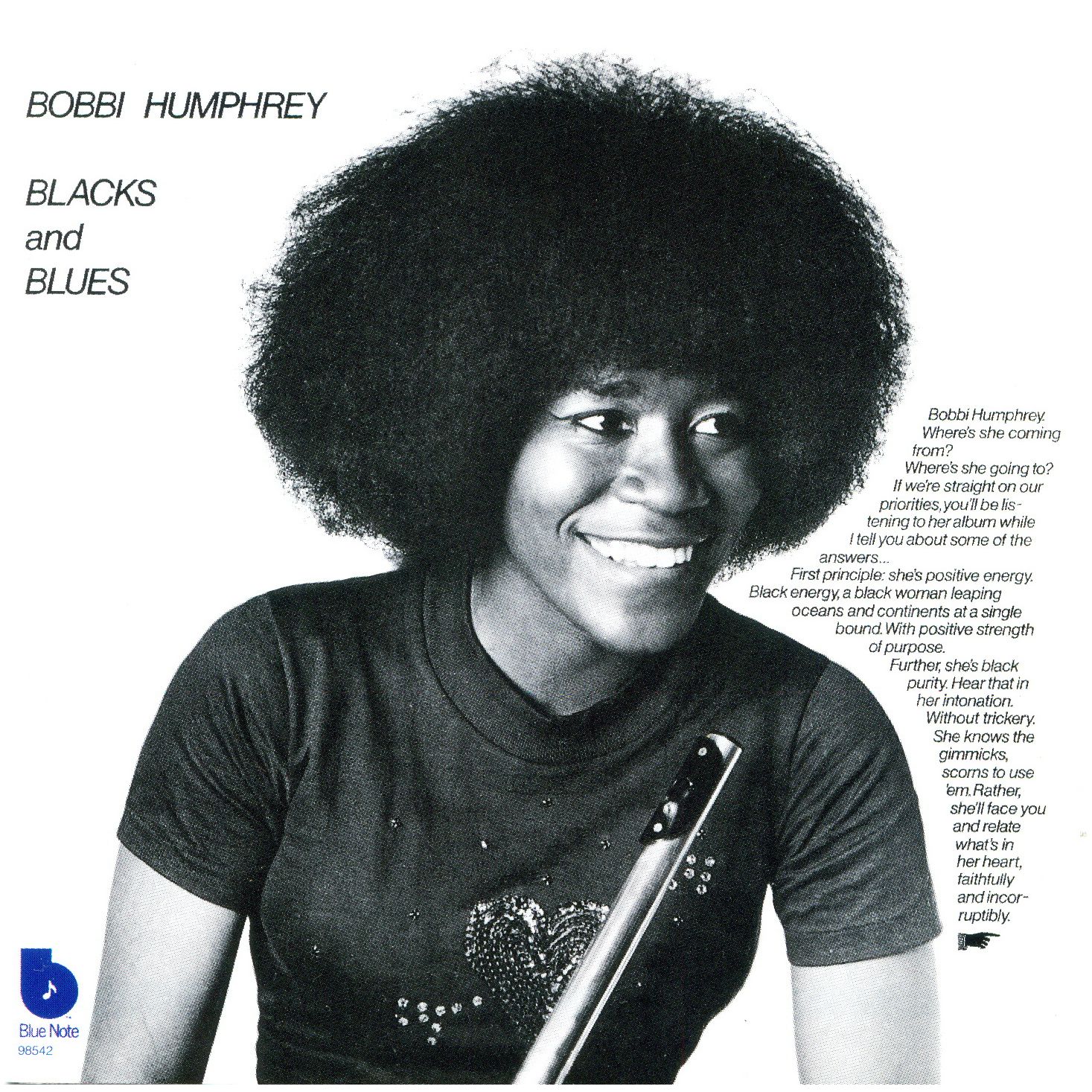 PBS 106.7FM’s EASEY Magazine recently asked me to write an article selecting one jazz album per decade and it was tough! For those that missed the article in print, here is an interactive version for you…

‘..jazz means freedom of expression.. and if it is to be considered as an art then it is the same as any other art. The popularity doesn’t mean anything because when you get into popularity of anything you are talking about money and not music’. Duke Ellington

Neither of my parents like jazz. They were pretty weirded out when I started cranking Ella Fitzgerald and Billie Holiday albums in my room as a teenager. It’s not something they have ever understood. They didn’t grow up with jazz and neither did I.  My best gal pal describes my jazz collection as the sounds of ‘wailing donkeys dying’ – so it’s not a genre my friends got me into either. Jazz is something I discovered on my own.  Jazz was my first love.

So how do you define a decade in jazz with one album? You can’t. Not being a music historian (or claiming to be one), I found this article brief relatively daunting. I don’t feel at all qualified to claim the most influential or the most important jazz recordings of any decade. Being a Gen Y digital native I didn’t grow up or experience this music as it came out. But what I can say is discovering jazz has been one of my life’s greatest joys and through this exploration has come an understanding of the beauty of song and the importance of paying respect to the songwriter, the freedom and liberation of musical improvisation and an appreciation of the skill of song re-interpretation.

What I have learned is that jazz is a constantly evolving mode of expression and is a fluid ever-changing mood. Jazz wasn’t a moment in time or a place or a particular scene. It is a constant mode of musical expression that provides solace and a home for musical creativity worldwide.

However, that being said, I do love reading lists and also am a fan of writing lists. So as tricky as it was to pick so few albums, I have collated a few records here for you that I truly love. There is no real rhyme or reason or theme to this selection other than all these albums make me smile. So for what it’s worth here’s my two bobs worth on some jazz records I reckon are very worthy to own in any format – vinyl, cassette, CD or (gasp) digital download…. 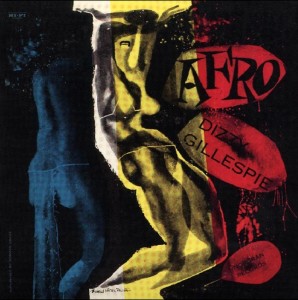 I adore this big band extravaganza! Teaming up with Cuban arranger and composer Chico O’Farrill this record is a 33 minute long Dizzy Afro-Cuban Bop fusion workout.

Seven tracks including high-octane versions of Caravan and Night in Tunisia, Dizzy wails away backed by his mighty ensemble featuring Quincy Jones on the trumpet, Gilbert Valdez on flute Mongo Santamaria on conga duty and Hank Mobley on the saxophone.

Bags and Trane by Milt Jackson and John Coltrane 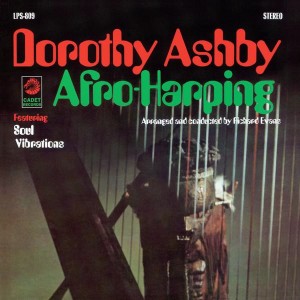 The harp gets its big moment! Dorothy delivers the funkiest harp album of all time and nothing has compared since. Asby takes the harp out of the elevator and demonstrates how to solo over jazz funk like she was born to do it. It might be the most impractical instrument on the planet but this record shows that the gig load in and need for a bigger car is worth it when you can jam like this.

Jazz in the seventies. And the winner is… 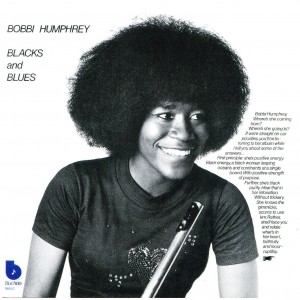 Flute perfection embodied in one of the funkiest soul jazz albums ever produced right here. Great production, brilliant songs and overall sunshine vibes. I particularly love the male backing vocals working it while Bobbi whines away on the flute. This album does not and will not date!

– Anthenagin by Art Blakey and the Jazz Messengers 1973 (The Jazz Got Soul theme tune!) 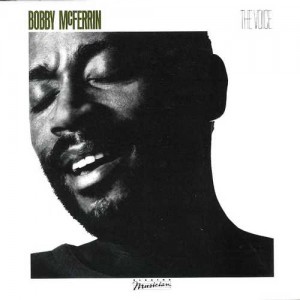 Something weird happened in the eighties and I reckon jazz took a hit for the worse. Smooth jazz, shoulder pads and horrible synths emerged and drowned all the goodness. But one album stands out from this era that literally ignored all the fashionable bouffant and big production – I’m referring to ‘The Voice’ from Bobby McFerrin. (Please note it has nothing to do with revolving chairs). This was a stripped back fuss free comment that was a breath of fresh (hair-spray free) air. What you get here is simply Bobby for 40 odd minutes of unaccompanied lyrics, scat and some chest beating syncopation. It was the first time a jazz vocalist had released a completely solo album and it is simply an amazing piece of virtuosic vocal chops dripping with humour and fun. Mr McFerrin, thanks for the giggles. 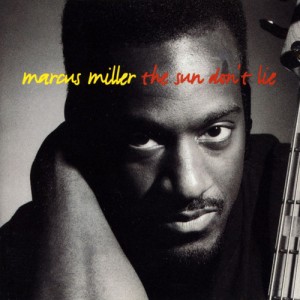 The cheese of the 80s led to whole lot more smooth r’n’b sounding jazz records in the 90s culminating in the acid jazz movement and some other nasty sounding records that ended up in the ‘jazz’ section of record stores. But one very important thing that happened in the 90s was the next step in the evolution of the electric bass led by Marcus Miller. Continuing on the path forged by Jaco Pastorius and Stanley Clarke, Marcus created this album that humbly showcased the bass as a solo instrument and also cemented Miller as a production song-writing powerhouse. It screams 90s and sounds a wee bit dated now but it is one of the coolest things from the time in my humble opinion.

Other 90s titles to pick up:

Introducing… By Ruben Gonzalez 1997 – The Afro-Cuban’s incredible debut release at age 77. He didn’t even own a piano at the time.

Steps Ahead by Mulatu Astatke 2010 (Strut) 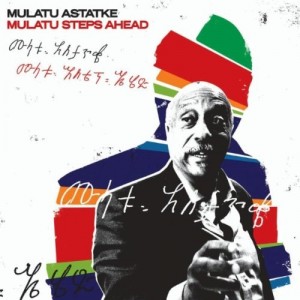 Ok so we’ve had our chat about jazz harp, jazz bass, jazz flute and a capella vocals so here is the vibraphone listing you’ve all been waiting for! All hail Mulatu! The King of Ethio Jazz triumphantly returned with Steps Ahead and oh so slightly modernises his signature sound for a new millennia.

-Doin’ It In the Park NYC by Eddie Palmieri – the smokin’ soundtrack to the doco joins the dots between basketball and latin jazz. Seriously.

-They Shall Inherit by Menagerie – adore this local homage to spiritual jazz with guest star Roy Ayers (yep more vibraphone).

-The Lagos Music Salon by Somi – my favourite album of 2014 hands down is this beautiful afrobeat jazz master piece by NY’s cross continent singer songwriter.

* This article originally printed in the EASEY PBS 106.7FM Magazine