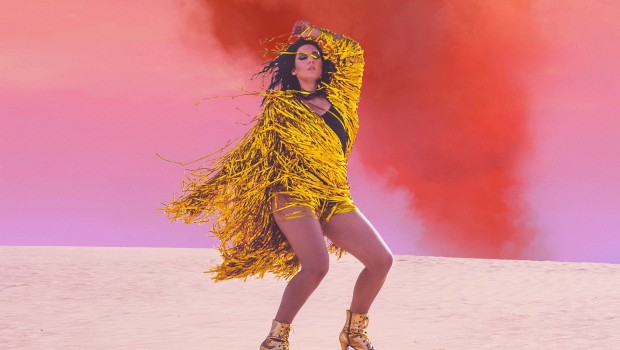 So excited to share some new music with you! The first single “Real Love” from my forthcoming album Chasing Gold is out NOW!

This is a really special song to me, describing the feelings I had when I met my love. It portrays the instinctual knowledge and the gut feelings I had when we first met and then the anticipation and waiting while dealing with long distance separation in the early stages of our relationship.

The song was co-produced with bassist Ross McHenry of the Shaolin Afronauts and features Myele Manzanza on drums, Dylan Marshall on guitar, Andy Boyle (who also contributed to the writing of the song), Jason Heerah on backing vocals and Emily Rosner on harp. The string arrangements were written by the fabulous Ross Irwin. Huge thank you to all the collaborators who brought is sweeping rare groove odyssey concept to life.

The accompanying film clip was an epic undertaking but I’m thrilled with the results. Directed and edited by Jay Adshead we worked closely together on the entire production, Working with Jay made the clip even more special. He did an incredible job and was so amazing to work with – patient, funny and kind. Our very small yet fierce crew were absolute champions – this shoot really was hard work! It was cold, it rained while we were standing in the middle of the desert with no cover, we drove for over eight hours, walked through sand dunes for over three hours and were all pretty exhausted for days after we wrapped. We shot the entire clip across a day and a half. But we made some magic and we are all so proud of what we have created.

The stars of the video Anna Cerreto and Anna Kallstrom were simply stunning. I was in tears watching them – it is incredibly moving to see a physical representation of your lyrics and music in dance. This was a new experience for me and I will never forget it. Anna and Anna both captured the essence of the song so beautifully, I’m forever grateful. The other headline star of the video of course is our location – the gorgeous Wilson’s promontory. This is one of the most special places in the world – beautiful, rugged and other-worldly.

Costumes were created by my dear friend Alice Palermo. I felt fabulous – we chose to make a jacket of ribbons in soft pinks, to convey the sensuality and softness of the song and the vulnerability of new love. The gold tinsel jacket is the hero piece of the album artwork and has a feature moment across the sand dunes and the red fringe dress is my new favourite wardrobe item. The nude toned jumpsuit is by Rachel Gilbert and the white feather ‘Bianca’ headpiece by Michelle Boyde was a piece I had commissioned (inspired by Bianca Jagger) for ‘I Hope You’ll Be Very Unhappy Without Me’ album cover that continues my story from one album to the next.

Gratitude to all the cast and crew who worked on the clip. Thanks to Wilson’s Promontory National Park for having us and approving our shoot permit. Was truly wonderful to shoot in this amazing part of Australia.

I truly hope this song moves you! Can’t wait to hear your thoughts.

BEHIND THE SCENES SHOTS

No wind machines needed – I nearly blew away completely! 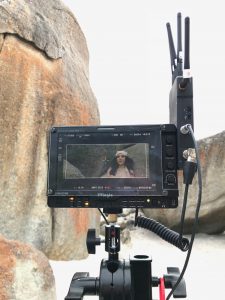 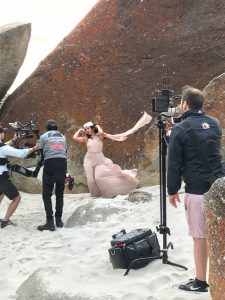 Glitter booties, perfect for camping and walking through dead forests.. 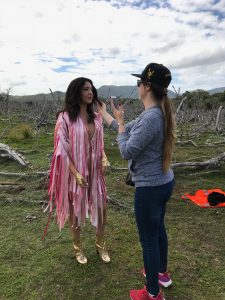 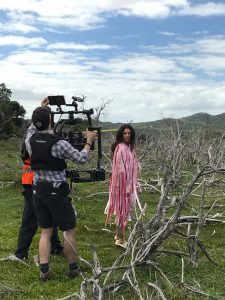 oh the non glamour of it all haha. Feel like a 50’s housewife on a camping trip. Still have sand in these shoes.. 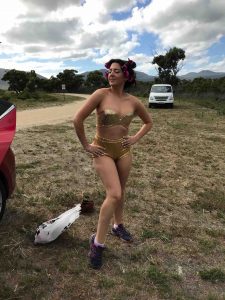 Making people trek through the wilderness for disco darling (why else would you bother?) 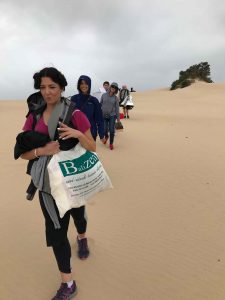 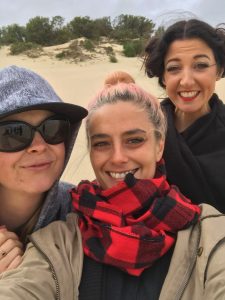